Finally fed and appropriately attired in a dress, I was set to explore Gweru and surrounding areas. Having a tour guide who grew up in the neighborhood was a decided advantage even if his tour of childhood places only took a half hour for me to see given that he was never very adventurous as a child.

A drive to nearby suburb/village Shurugwi yielded the following picture that just doesn’t hold the same fascination for Africans as it does a Canadian: 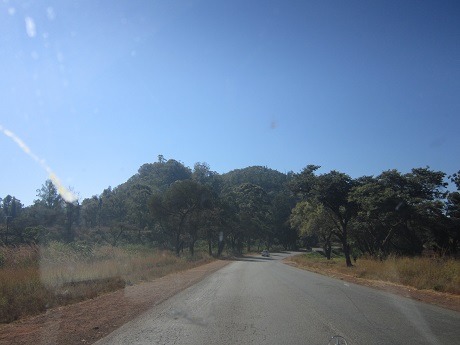 Our first stop downtown Gweru was mainstreet where I waited in the car while Lawrence popped into a store to get a Zimbabwe sim card for his phone.

While waiting in the passenger seat of the Mercedes and defending the car from the parking enforcement officers newly instituted in downtown Gweru, I heard a female calling my name. Sort of an odd feeling given that I was newly arrived in a town and country where I did not know anyone other than Lawrence. It turned out to be Lawrence’s Zimbabwean girlfriend, Chenia who I had spoken to a number of times on the phone.

I guess that it was easy for her to recognize me as there were no other white women in Mercedes about town, ha! Plus, she had seen numerous photos that Lawrence had taken of me and sent to her while she was finishing up her Social Work degree in Lesotho. As we chatted and compared Lawrence notes we drew a little crowd of other friends of Lawrence so that by the time he had returned to the car and me, a full party on the sidewalk was taking place. Leave it to Cheryl!

The rest of the day was spent sight seeing and hanging out with Lawrence’s friends and family. All in all an excellent day and wonderful introduction to life in Zimbabwe. 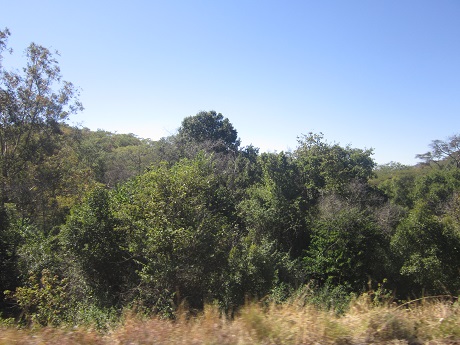 One thought on “Exploring Gweru”