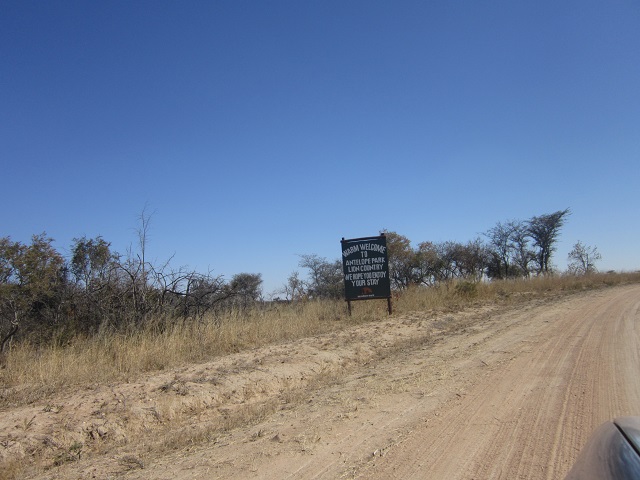 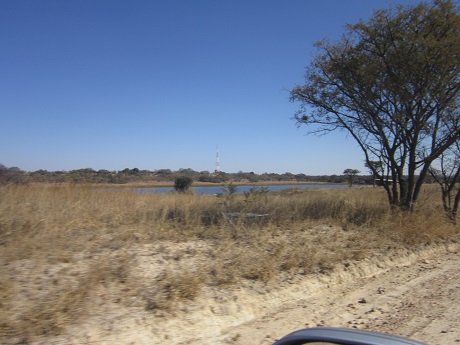 Antelope Park is on the outskirts of Gweru and my friend Lawrence surprisingly enough had never been there. He was eagerly looking forward to the time we spent there, however, he was truly not looking forward to accompanying me on the Lion bush walk for several reasons. One he is truly terrified of lions. Two, he was terrified of what I would try to do with the lions. Three, he didn’t want to be held accountable for my untimely demise at the paws and jaws of a lion in Zimbabwe.

So fortunately we were accompanied by his girlfriend, Chenai for the afternoon and evening outing.

I had only a one track mind and it was all about the lions, whereas my two Zimbabwean friends had no desire to go anywhere near the object of my attentions. So once we were given our own personal guide for the day and some vigorous discussions we decided on our activities. With hearty reassurance from our guide that it was not necessary for Lawrence to actually accompany me on my lion bush walk to take pictures as my guides were willing and eager to take on that task, Lawrence was saved.

Plans were made for me to do the Lion Educational tour and Bush Walk with Lions, while Lawrence and Chenai would do the Horse Game viewing. This was going to be a huge adventure for Lawrence as he had never ridden a horse before in his life. Chenai had some horseback riding experience and like me was very excited that Lawrence was willing to give it a try.

Lawrence and I have had numerous discussions about me teaching him how to ride a horse as you often see horses around Gaborone. I grew up on a farm and riding a horse, as well as cows and bulls, was a common activity for me. I was all for Lawrence having his very own adventure!

Once decisions were made we quickly moved to the horse riding center as the next outing was fast approaching. I got to accompany Lawrence and Chenai as they prepared for their ride. 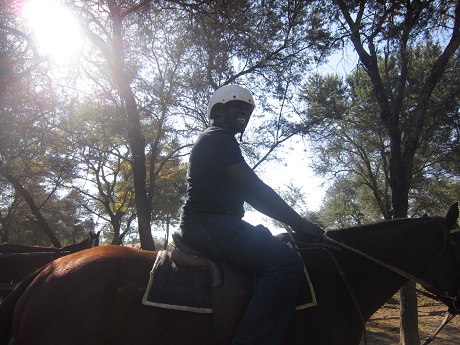 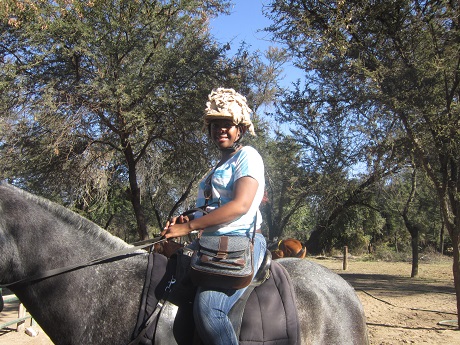 With the two kids mounted and ready to go, I gave Lawrence some riding tips to help him stay in the mount position which apparently served him well once they were underway. I instructed him on how to not to place his full foot in the stirrups so that he could kick free if in danger of being thrown; how to use the stirrups and his thighs to move with the motion of the horse and how to get the horse to move faster if he got brave enough.

Well reports after the fact indicated that Lawrence did an excellent job and in fact even changed horse’s mid-way through the ride with one of the guides as his was too slow and uncooperative making him use my riding tip for preventing being thrown. I am very proud of him tackling this adventure.

As for my Antelope Park adventures, my guide and I set out for the Lion Educational tour as soon as the horses left the enclosure.