While at Camp Pom Pom it became apparent that a bush fire was rapidly spreading in our direction. As we enjoyed our sundowners and then returned to camp it was hard not to miss the huge plumes of smoke and golden glow on the horizon that was not a result of the sunset.

Upon returning to camp, Rams, Major and several other guides set off in a truck to track the fire and determine which way it was heading. So while we enjoyed a scrumptious meal four of the Camp Pom Pom employees were heading straight into smoke.

While back in North America a bush or forest fire is considered an emergency situation, in the bush here it is considered a natural part of life. Here a fire might be started by someone’s careless toss of a cigarette or match. Or it could be the result of a lightening strike or the sun reflecting off a piece of glass. That is why it is so incredibly important when you are in the bush to never leave anything carelessly behind. It can be life or death for environment.

However, unlike when a massive forest fire sweeps through terrain in North America, a fire here in the Okavango causes re-growth, regeneration and species control. So the only concern with the fire was which direction it was headed in and were our guest tents in any danger either from the fire or the exodus of wild beasts staying ahead of the flames and heat.

Although Rams and crew went prepared to fight the fire if need be there was no need. Due to the types of grasses & reeds that flourish in the area and copious quantities of marshes, swamps and flood-lands Camp Pom Pom and its inhabitants were safe and secure.

While Major was off with Rams being a hero, I had my own personal hero to safely escort me back to my tent at bedtime…Max. What Major didn’t know, couldn’t hurt him 😉

Of course Max was a perfect gentleman and to be truthful, I have never had such a proper escort home at the end of a long day. He even escorted right to my tent doors and unzipped them for me! Be still my beating heart!

Actually, Max had a real motive for getting me through those tent doors.

He wanted me safely in the tent because he didn’t want me wandering Elephant highway on my own! You see during our walk to my tent my independent self reared its ugly head and at some point I had slipped passed Max and was walking ahead of him on the path.  Definitely a no-no!

But the ever gracious gentleman simply informed me from two feet above my head that I needed to careful that I didn’t accidental walk right into an elephant. The reality is that the path had gotten its name not just for fun but because elephants actually do wander down it especially at night. Ooops! and in a move that even Buche would be proud of, I graciously ceded the lead to my fearless seven foot tall Max and quietly followed him the rest of the way home.

I know, will the miracles never cease.

The next morning, following a much more peaceful night’s sleep as the hippos were a tad quieter, it was time to head out on one last game drive with Rams before flying off to our next safari camp.

Rams was intent upon finding the elusive leopard and we headed out. During our search he also took us to view the bush fire from a safe distance. 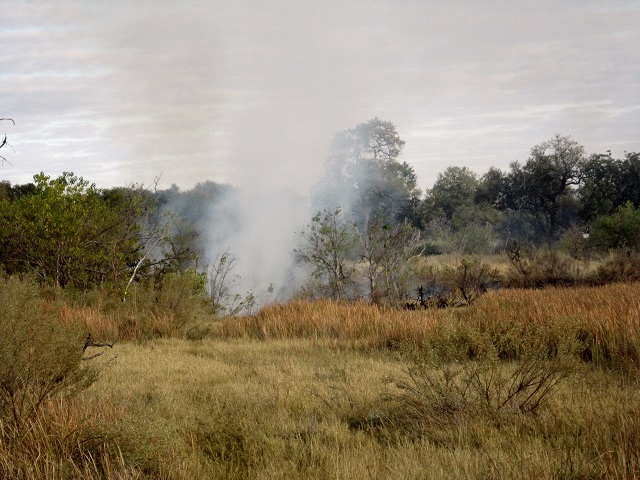 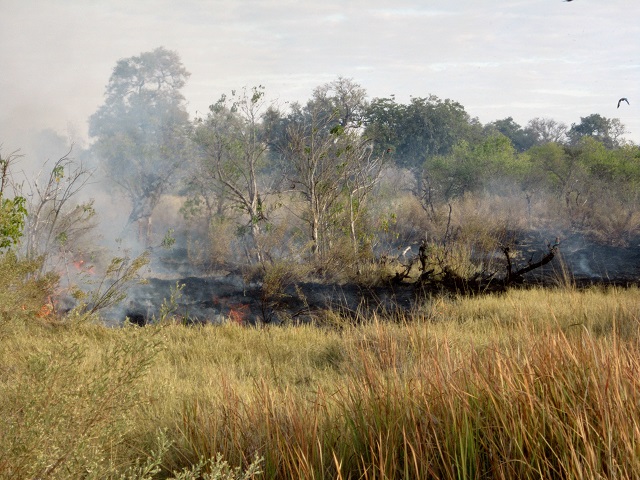 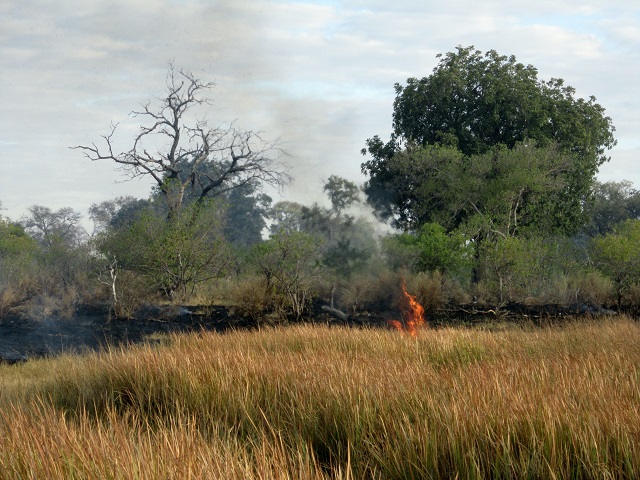 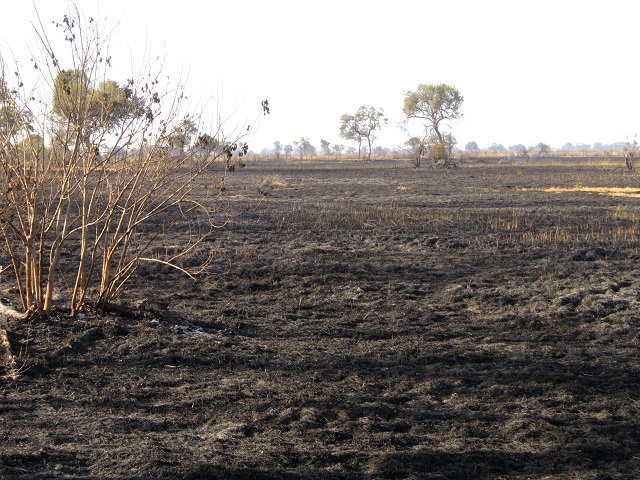 As we drove around the periphery of the bush fire it was amazing just how birds were viable and actively flying around. According to Rams, the birds are drawn to the site of fire in order to feast on the escaping insects that are driven from their homes.

I was able to capture this incredibly beautiful bird who seems to have all of the colors of the rainbow, the Lilac Breasted Roller 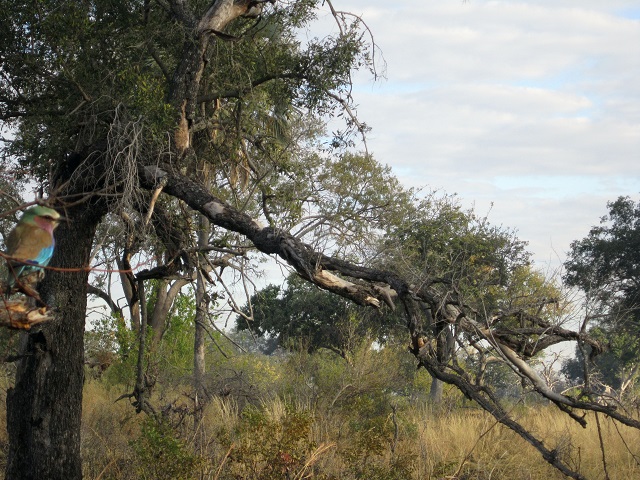 While the leopard remained elusive, these lovely giraffes were only too happy to pose for us and bat their beautiful eyelashes. 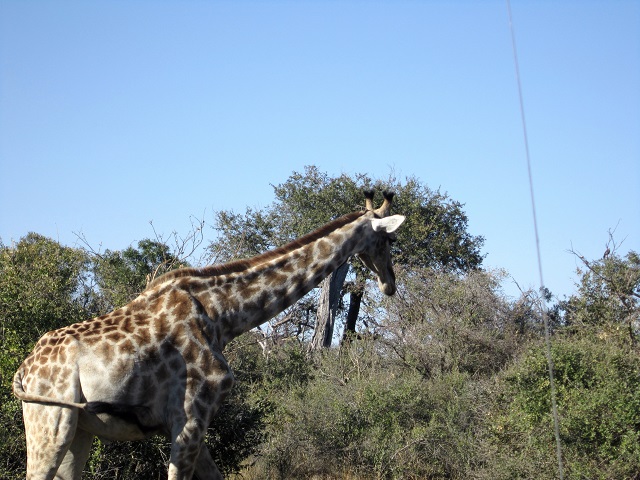 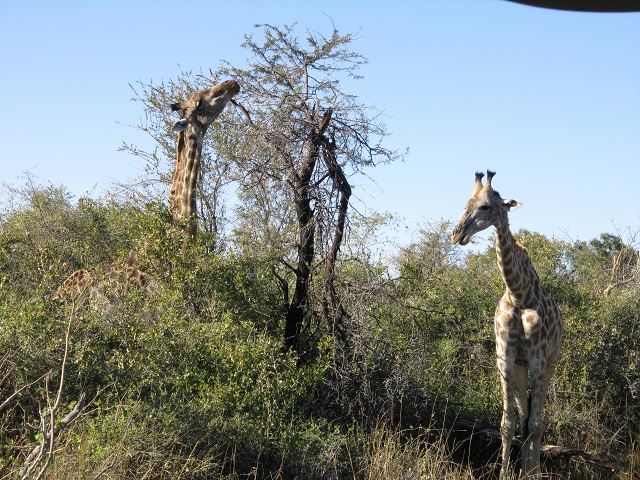 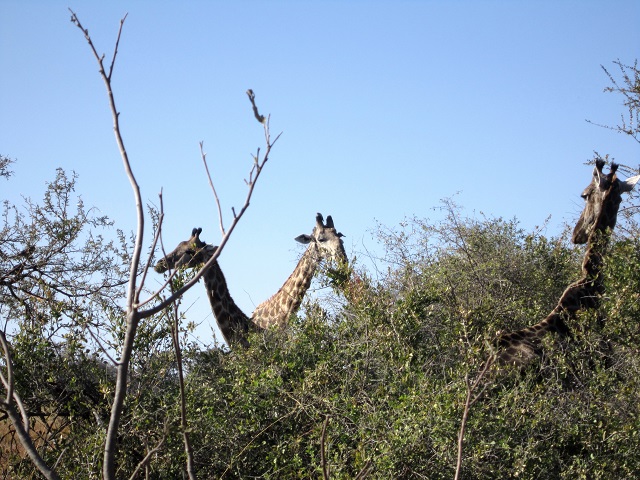 Proving two heads are better than one! 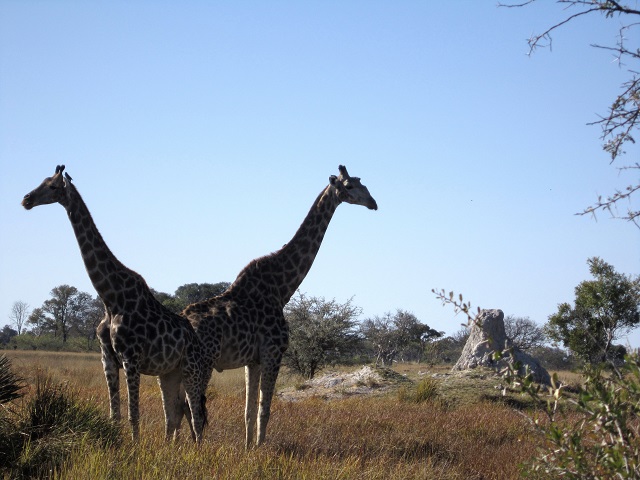 and finally, I was able to say good bye to my lovely hippo hostess 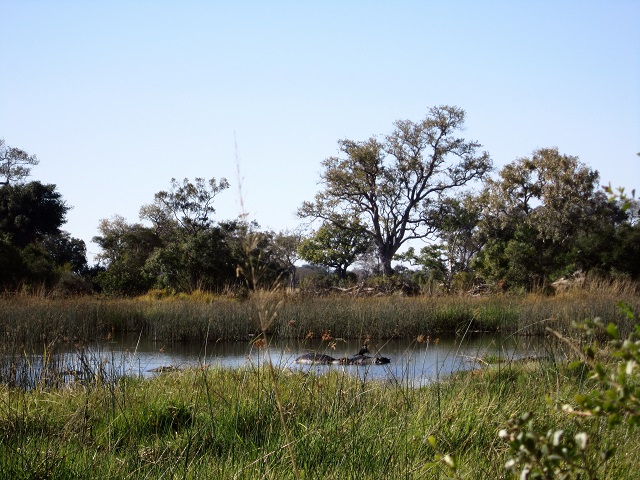 2 thoughts on “Bush Fire in the Delta”