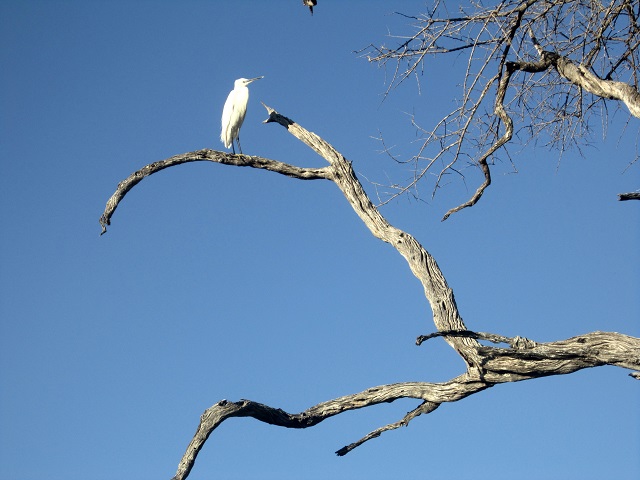 We may have been on the search for the elusive leopard but someone else was not so shy! But they were incredibly difficult to spot as the color of the grass perfectly camouflaged them.

The first one was soon joined by a second female, who according to Rams was a three year who was wearing a monitoring device. She is part of a research program that is assisting to identify the migration and breeding patterns of these wild beasts. 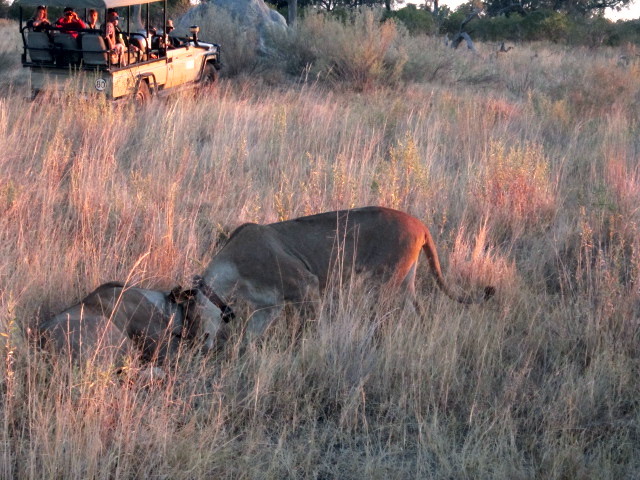 These two certainly were on friendly terms making me a wistful about getting out of the truck to join them! But even I know how deadly that would have been and in truth it was such a pleasure to sit and watch them for at least half an hour as the sun went down casting them in a golden light. Truly a beautiful sight! 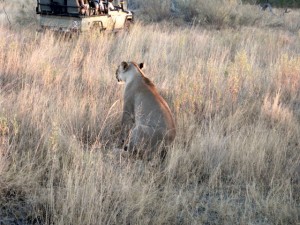 Obviously neither of the two safari trucks caused the least bit of concern in these two magnificent females. As long as we kept reasonable quiet, didn’t stay up in the truck or move suddenly it was like we weren’t even there at all for them.

We didn’t even interfere with nap time! 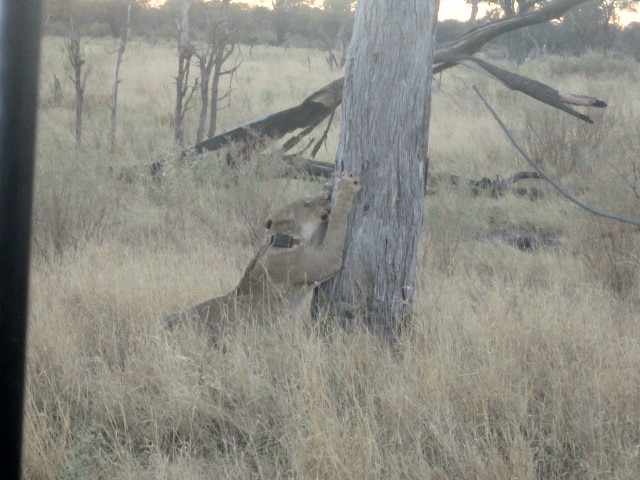 and then settling down for her own cat nap

Just as we were heading off for our own break, sundowners with the other guests, when Major and Rams came up with another find 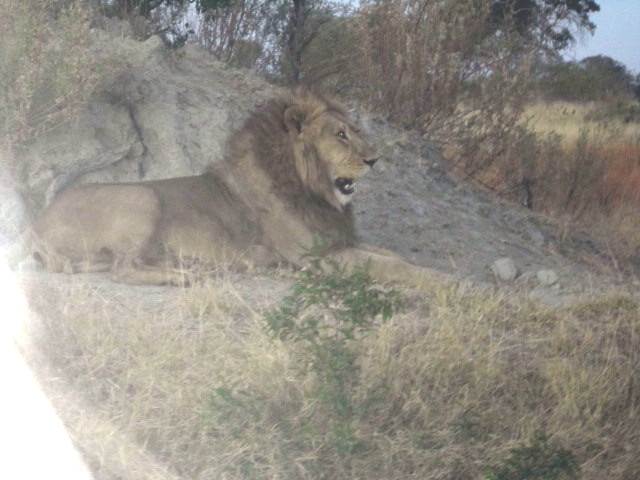 We should have known that with two such beautiful ladies around that a virile African man couldn’t be too far away. And what a man he was! It was really hard to resist him….

But I had promised Rams that I wouldn’t get him into trouble by being eaten by a lion so I sat still and just enjoyed watching this magnificent creature in his natural element. It was truly breath-taking. Sadly the sun was quickly going down and with it the opportunity to take more pictures. Oh well, all in all it was a successful day on safari.

One thought on “Wildlife at Pom Pom”