My friend and colleague Lawrence is really in hot water this time!

This morning while discussing my trip home with him to Zimbabwe for Easter, he was telling me how he would even take me to meet his grannies in their rural village. Of course they do not speak English and I have no ability to converse with them other than through Lawrence or a translator.

Which according to Lawrence is a good thing! Otherwise he wants to get one of those electrical shock devices to attach to me so that when I say something that I shouldn’t, he can shock me and I will shut up!

Now to be fair, he has a point. None of you heard what I did on our road trip. Let’s just say that we picked up a passenger which I totally forgot was in the back seat of the truck and I made reference to part of my anatomy that polite Motswana girls wouldn’t. Oblivious to the passenger in the back seat I also could not see her reaction. Lawrence could! and still didn’t shut me up!

So this time around he is planning for all contingencies. At least he is still not only happy to travel with me but also introduce me to all of his family and his wonderful country, Zimbabwe. Guess I can’t be too mad at him!

And maybe he will even leave me in the bush in Zimbabwe! That would be something to look forward to…. 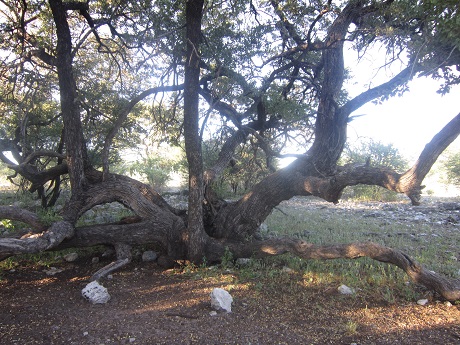 Due to power failures, dodgy internet connections, extreme socializing and capacity building forces of nature have kept me from posting all of my photos from my time in the bush. So in a desperate bid to get them on line with still incredibly dodgy internet, here we go!

As I noted in an early blog, I was staying at the original Bush Man Lodge in Ghantsi (Ghantzi – take your pick). After two days of serious work my reward was a swim in the pool and after I was cooled off and relaxed my own private tour of the game reserve with the chief Bush Man. 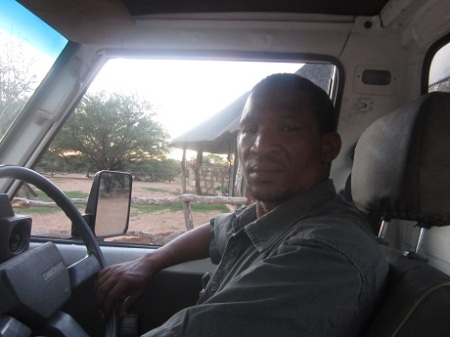 What an experience it turned out to be. Leaving the lodge at 4:30 in still sizzling heat, we set off to drive the reserve. My guide told me how 15 years ago he had personally overseen the cutting of the roads (pathways really) that we were traversing throughout the reserve. Although he had just driven almost of the reserve the day before he was constantly encountering crater like holes in his precious roads made over the past 24 hours by hungry aardvarks.

In their pursuit of bugs to eat, they are capable of digging incredibly large holes in a relatively short period of time. I was also told that once the aardvarks abandon their holes when the bug supply runs out, the cheetahs are quick to move in. These large holes and tunnels are the perfect place for the cheetahs to rest out of the blistering heat of the sun until sunset and time to prowl. Unfortunately, we did not actually encounter a cheetah although I prayed fervently to. My guide was quick to reassure me that in his more than 15 years of living on the reserve he has yet to actually see any of the cheetahs although others have had the delight of an unexpected glimpse.

For the sceptics out there who are questioning whether the cheetahs and leopards actually exist on the reserve, yes they do! If they are regularly seen how can they be sure? Well,I am sure because I could easily hear one at night. Plus, there is currently cheetah research taking place on the reserve and their pictures have been captured at night through the use of infra-red technology.

During the three hours and half hours that I spent during my own personal tour of the bush I didn’t actually see any other species of animals than I had already seen coming regularly to the watering hole outside of my room. Due to the incredible heat many of the more elusive animals such as the zebras, giraffes and others were seeking shade from the sun even though we were out past sunset. Even our visits to the two other watering holes located on the reserve didn’t turn up any new sights for me, which is typical of a game drive. Some days you see every animal imaginable. The very next day you might see zero. That is the joy of the wild. You (not even my expert tracker) can predict where or when the game will put in an appearance. It is what makes a sighting all the more sweet!

But the highlight of my tour was getting to spend quality of time with a wise and wonderful bushman who was more than happy to answer every one of my fifty thousand questions. He even took me on my own personal bush walk explaining to me how the bush man can survive within this incredibly terrain. In fact, he proudly showed me how you can actually find everything that you need for survival within an incredibly small area. 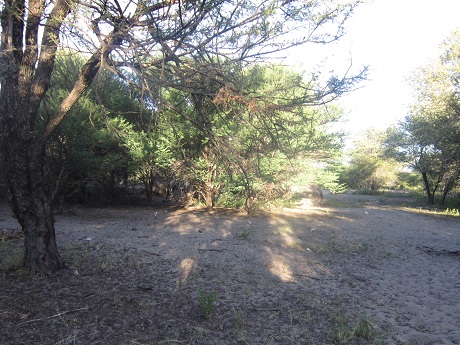 Our bush walk even included a tour of a bush man camp site – I really want to come and stay here for a few nights! 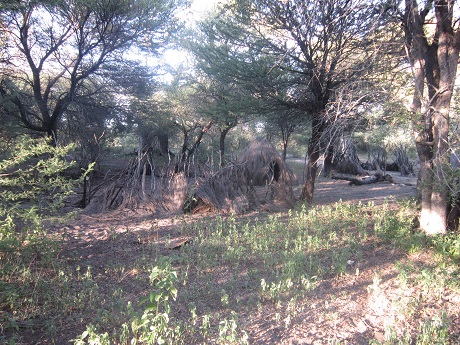 Less rough bushman huts were also located very close to the lodge for those not willing to sleep so far away from any amenities although they are no more protected from wildlife visiting during the middle of the night. 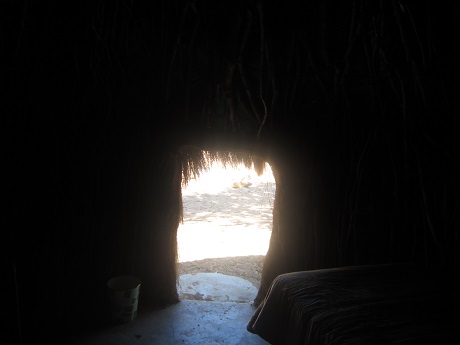 After eating dinner in the open dining room which would be utilized the next morning for our workshop, Lawrence and I headed for the truck to go meet some friends. On the way to the truck I was fully distracted by a very large animal sound coming from the bush less than 10 feet from me. While Lawrence headed straight for the safety of the truck, I headed for the sound.

Typical me, here I was wandering into the bush in the pitch black of the night towards some kind of large animal trying to make a noise similar to it. Well, guess what? My efforts were not wasted. By attempting to replica the snorting/expelling of air sound I was hearing, I was rewarded with another version coming from the bush. The pattern became, take a couple of steps, make the sound, listen for the answer which always came and then do it all again. Eventually I was about two feet from the actual bush where my conversationalist was. By now I was convinced that it was a Wildebeest with whom I was conversing.  Not exactly sure what I was saying to him but it obviously was appealing to him.

Finally, my friend Lawrence who had been blithely hanging out in the truck made it obvious that it was time to stop talking wildebeest and get in. So much for my romantic interlude in the bush…or so I thought 🙂

After a late night on Friday hanging out with Lawrence’s friends in the tiny village of D’kar, we made our way back to the Lodge. Making the long journey down the 10 km track after midnight was a bit of a challenge I have to admit. And Lawrence and I had  our familiar fight. A couple of kms into the sand track was a large gate separating the top farm land from the game preserve. To put it more succiently, separating the large cats (cheetahs & leopards) from the cows.

Lawrence, who was doing all of the driving wanted to be the one to get out and open and close this gate. This made no sense to me as I was more than capable to do it. Somehow he thought it would be better if the big cats ate him instead of me. When in fact I was the one who wanted to meet face to face with them and wasn’t the least bit fearful…in fact, my mother keeps cautioning me not to bring one home with me when I return to Canada in December.

All this to say, I gladly walked around the bush at night, opening & closing gates as we drove through them. Watching the amazing sky filled with more twinkling stars than I have ever seen in my entire life. You could stand mesmerized for hours just looking up at the indigo night sky filled with sparkling diamonds. All the while listening to the sounds of the bush alive at night with those animals out seeking their nourishment. All in all it was a specular end to a long day.