Literally and figuratively, ha! In Canada I mean!

Last Wednesday I boarded a plane in Gaborone and traveled for 31 hours straight before landing on Prince Edward Island, the land of my birth. All in all it was a relatively uneventful trip.

Buche didn’t make me totally cry when we parted at the airport. I made all of my connections and Addis Ababa Airport was certainly an experience as a true African airport. I was only sorry that I could get my camera out and snap some shots but my hands were too full and too little time. I would definitely highly recommend Air Ethiopia as a great airline to fly from Africa to Toronto, Canada on.

Although 16 straight hours on an airplane can be slightly claustrophobic  if you are in the window seat as I was. But I survived. It wasn’t until I hit Toronto Pearson Airport and Air Canada that I had any travel difficulties. Let’s just say that at one point I very loudly yelled at the Air Canada employees who were totally rude, disorganized and clueless that they needed to go learn a thing or two from African airports. 🙂

Once I had my feet back on Canadian soil, it was time for the whirling dervish to kick into full throttle mode. Who cares that I hadn’t slept in almost 48 hours, after being in a land locked country for a year I simply needed to stick my feet in water that was not full of crocodiles, hippos and various or sundry dangerous wildlife. Fortunately, my parents live on the north shore of Prince Edward Island a simply five drive had me waterside with toes soaking in the salt water…who needs the Peter’s Place pool when you have the whole Atlantic Ocean? Fortunately, I arrived in PEI to Gab like weather as it was hot and sunny and perfect for swimming. 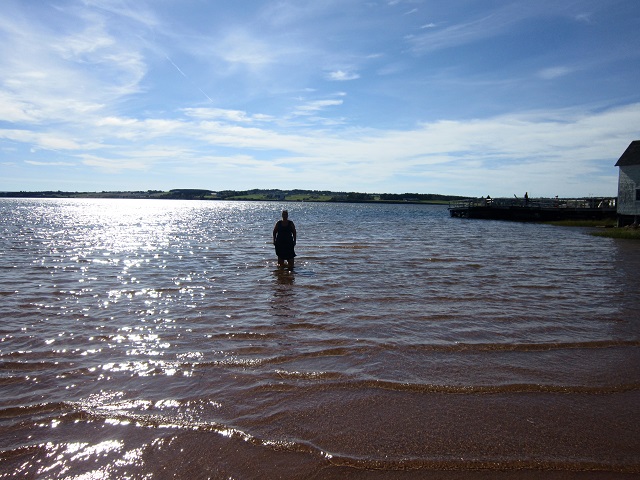 I really did miss the beautiful harbour and seaside

Not the least bit tired it was time to go for a nice drive to drink in the beauty of my homeland which is so green compared to Botswana.

It is hard to believe that I had gone from this 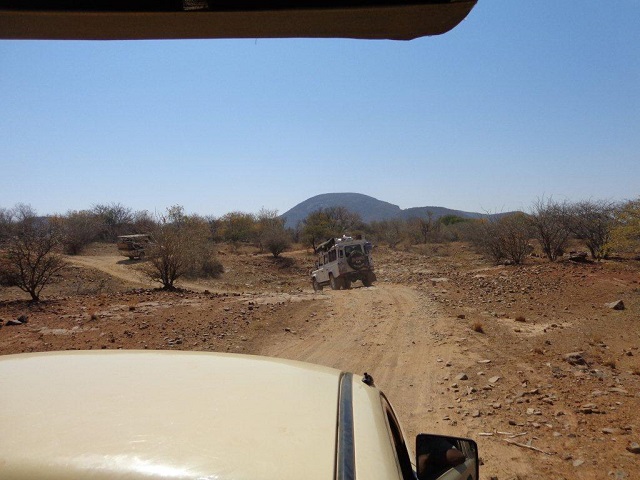 Both are equally beautiful in my eyes!